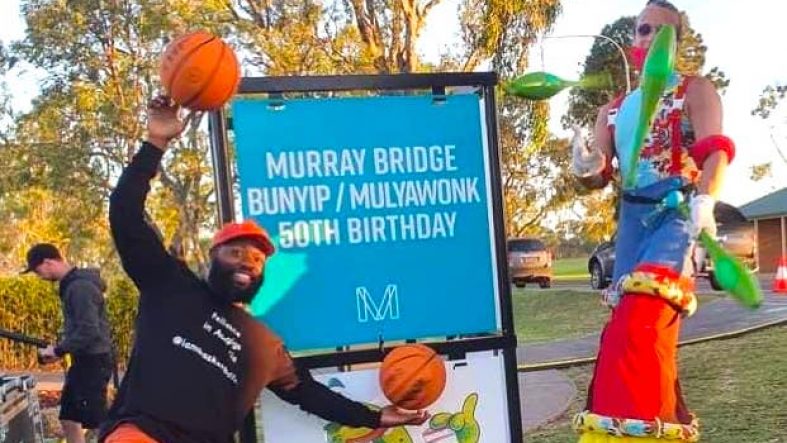 It was the Murray Bridge Bunyip 50th birthday celebrations and two of the best Adelaide based performers added to the atmosphere. Basketball Man and our Funky Clown on Stilts got the party started and kept it going with their antics from 6-8pm. Thanks to Stuntman Jim for jumping onto stilts to perform as the Funky... (more) 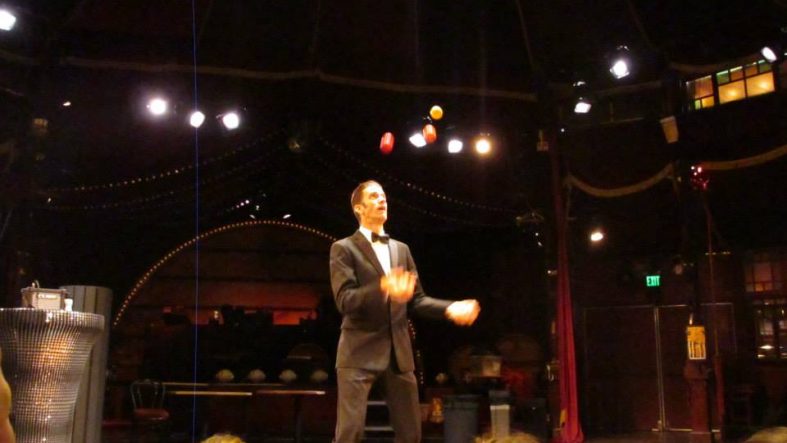 One of our best Queensland performers Joel, wowed the audience at a large private party in Brisbane’s north on Friday night. With other top acts brought to the event it was a night to remember. Our client had nothing but praise for Joel and we have to agree! 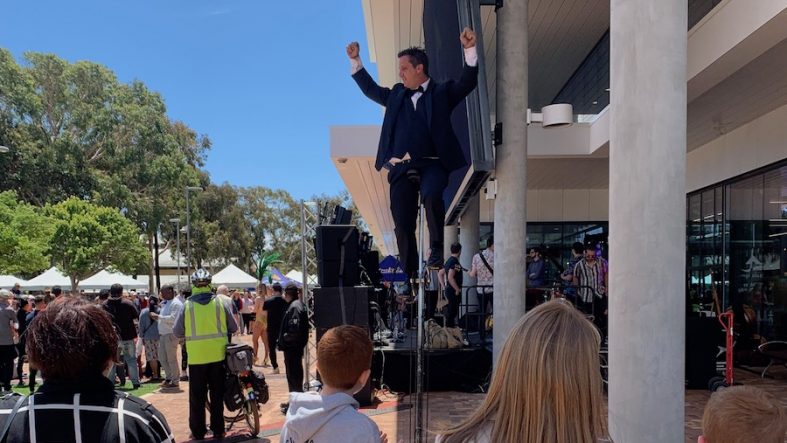 Now Adelaide based, Scoot the Stunt Juggler was another act at the launch of the new Community Hub in Salisbury. He did roving unicycle on a massive 3 metre tall unicycle as well as juggling and one of our famous Acrobatic Bouncers. Huge variety from one performer and a great event and new building for... (more) 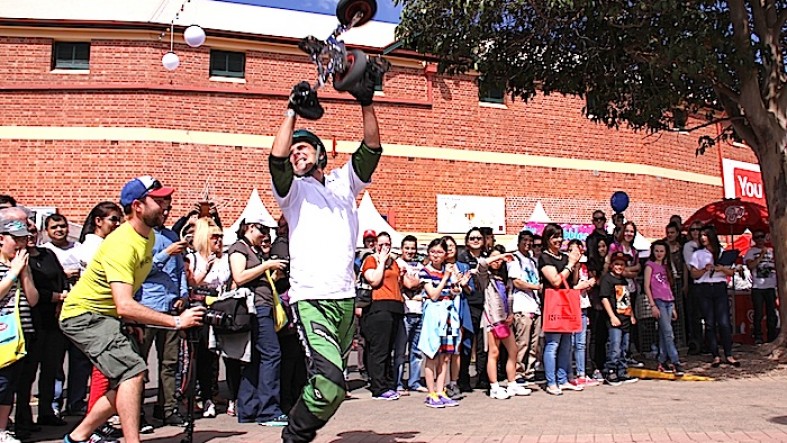 Stuntman Jim, a Brisbane based stunt circus solo act from the Minibike Stunt Team, performs his mini circus bike, juggling, unicycle and fire stunts at Marburg Show in Queensland. He even throws in a couple of juggling workshops! 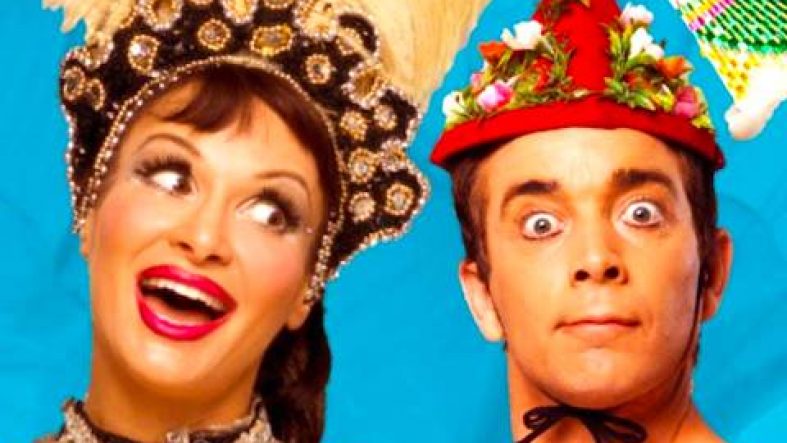 Be amused and amazed as these two eccentric characters create hilarious mayhem complete with top level juggling, comedy & mime. This Melbourne circus duo combines the diverse talents of two professional artists who have performed their unique special blend of contemporary circus and physical theatre in Asia, Canada, America, New Zealand and Europe for the last 10... (more) 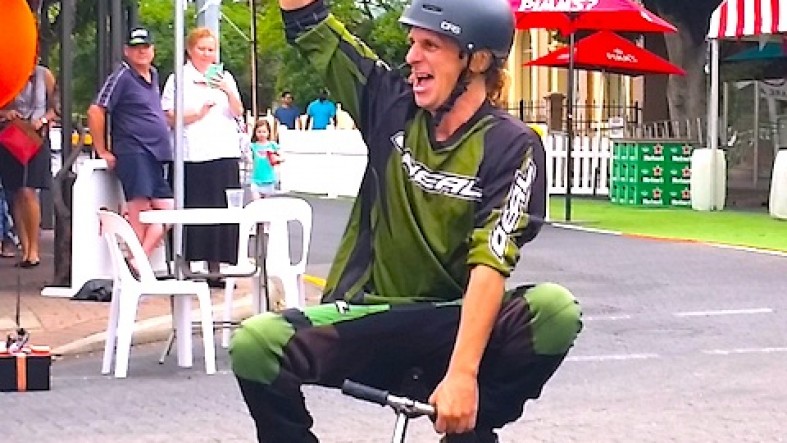 Adelaide based STUNTMAN JIM  was the founder and key performer from the Minibike Stunt Team. Jim is now offering solo circus & fire entertainment packages for South Australian festivals and events. Many events can’t have fire and that’s fine. As you see from our photos Jim’s show is great even without fire! Featuring all the stunts... (more) 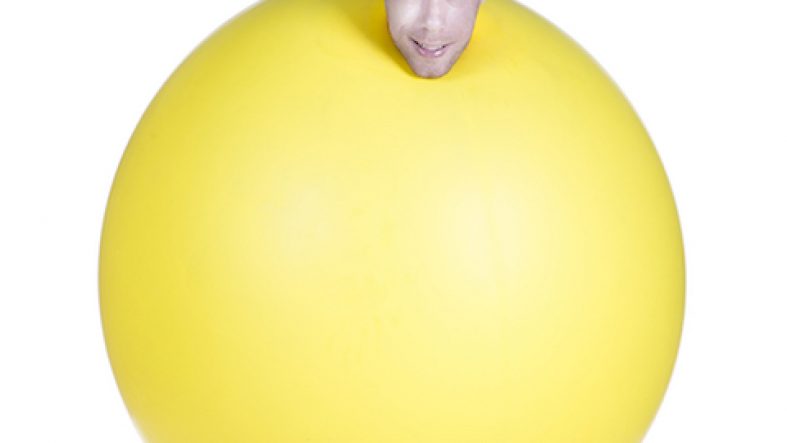 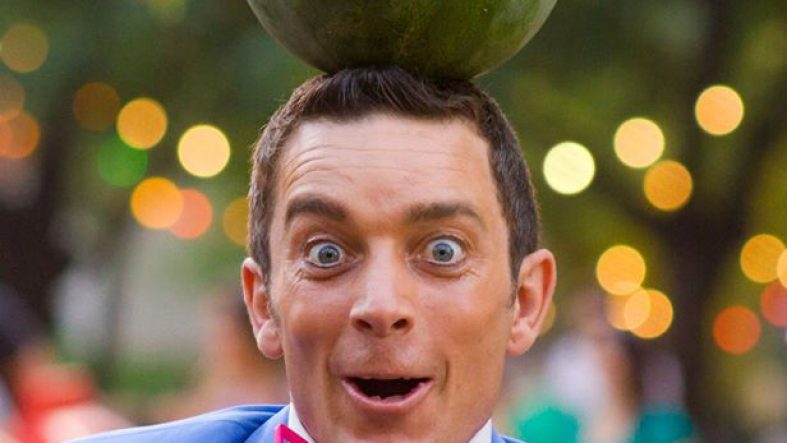 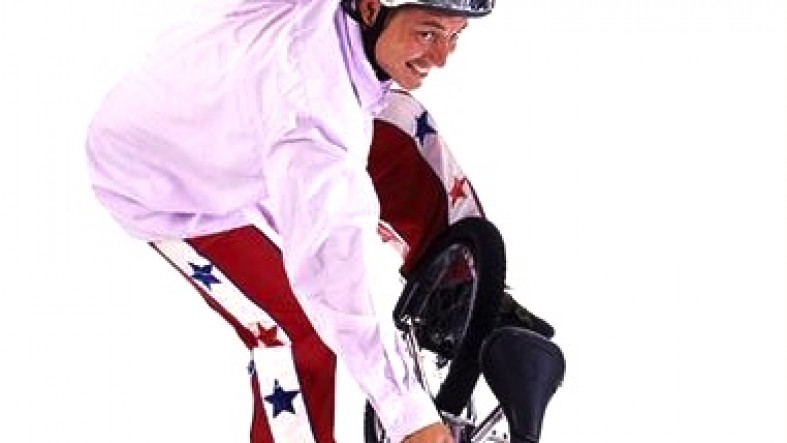 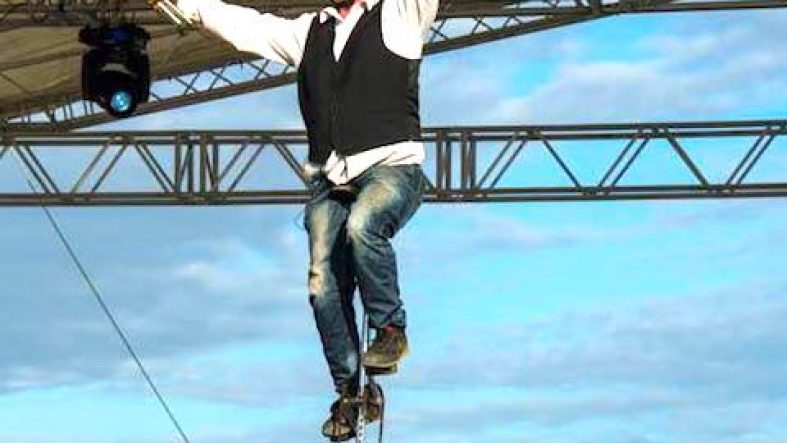 Mark is a Juggler & Unicyclist who is one of Australia’s most exciting solo circus street performers  – he goes by the name Scoot the Stunt Juggler he is a skilled international street performer, performing & juggling since a young age & with a degree in Circus and even a Guinness World Record – see... (more)