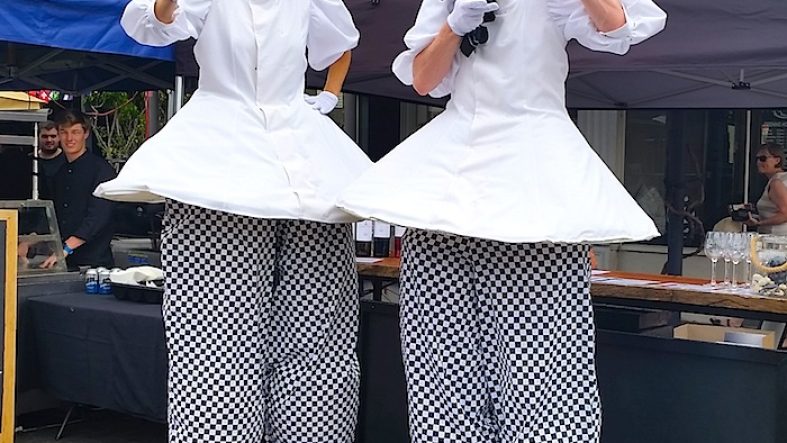 Meet our latest Slack Taxi stilt walker characters –  comedy Stilt Chefs for food & wine festivals and more! With hats resembling huge cupcakes complete with a cherry on top, these culinary experts will have your audiences eating out of their hands. The Chef stilt walkers are as charming as they are ridiculous. Two are available.... (more) 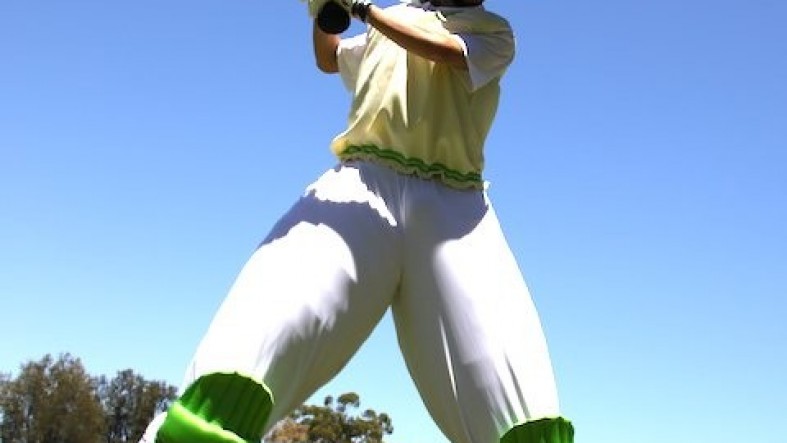 Our Slack Taxi Stilt Cricketers are fantastic and great for all kinds of events. They have been booked during the Cricket World Cup with a fantastic response from crowds. In meticulously detailed costumes our roving stilt cricketers are ready to open at your next sporting, summer, circus or Australian themed event. With more than a little of the usual cricket... (more) 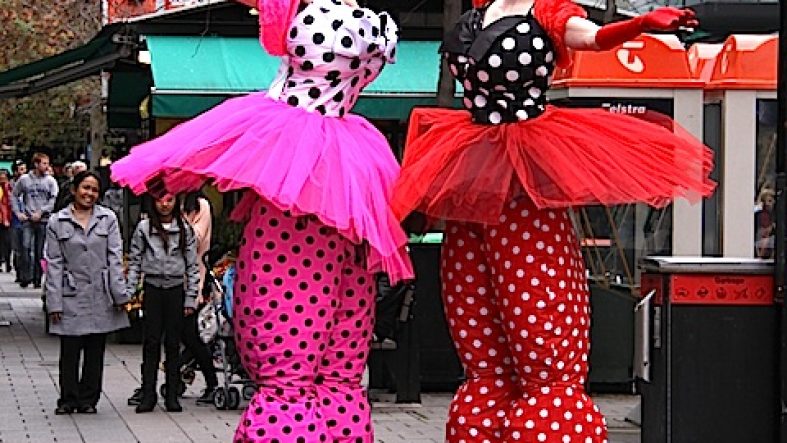 Spectacular Adelaide comedy stilt walkers in amazing costumes.The Ballerinas make sure your audience is enjoying themselves and don’t mind the odd photo or two either. Colourful and interactive our roving ballerinas are original designs delivered by professional stilt & circus performers. Unique roving entertainment they are true fashionistas – just don’t tell them they are a... (more) 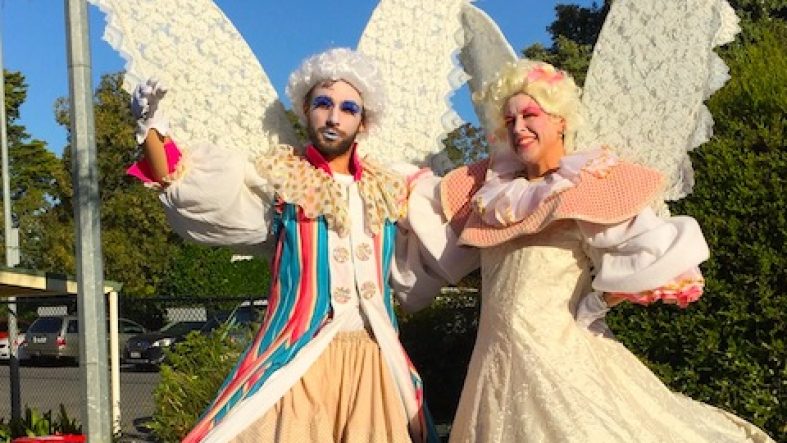 Timeless and incredibly artistic are our two new French inspired Vintage Angels, Clowns or Fairy stilt walkers, Sweet & Spice.  Gorgeous stilt performers for all kinds of  events – now with lights! Plus with gorgeous new vintage lace style wings and added LED lights,  and they are fairies or angels for Christmas!  Based in Adelaide... (more) 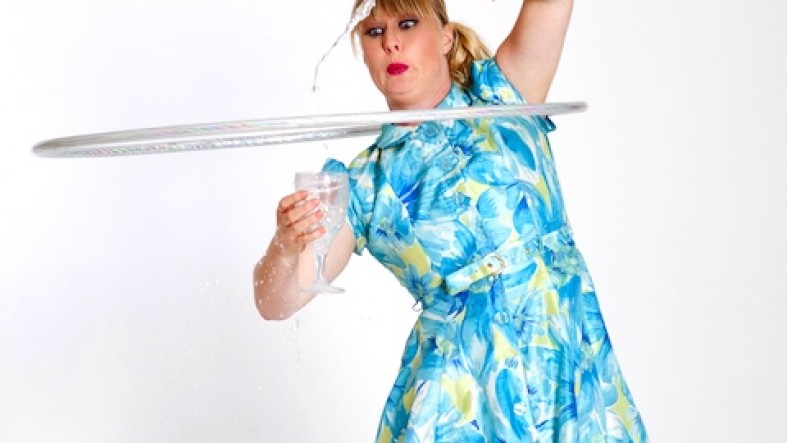 One of Australia’s leading circus performers Ellie is the hula hoop queen and has performed at over 100 Festivals in over 15 countries around the world and is based in Adelaide. Performing hilarious interactive circus routines with hula hoops & comedy, here is is one of the most sought after performers in the country for... (more) 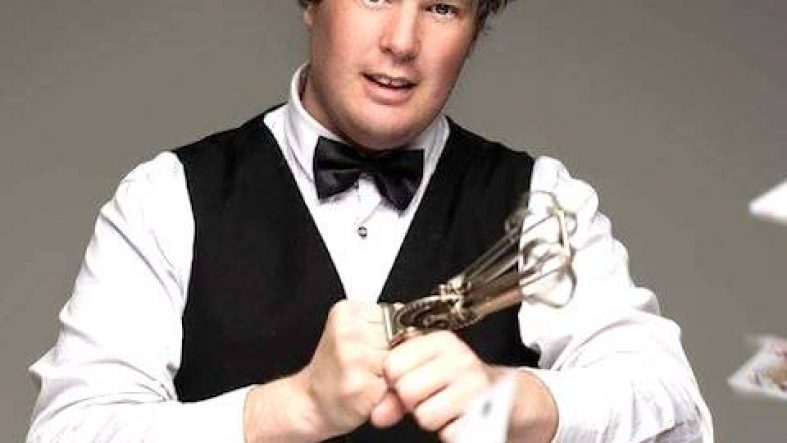 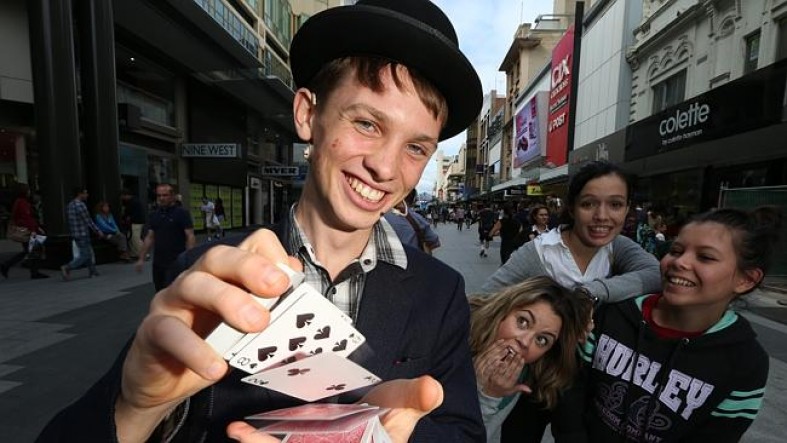 After only a few short years of being in the industry, he has performed at some of the world’s biggest festivals such as, Edinburgh, Prague, Adelaide and Brighton Fringe, and has won numerous awards such as the Australian Street Performers Championships 2014. Sam’s performance culminates in a trick, perfected over three years, in which he makes... (more) 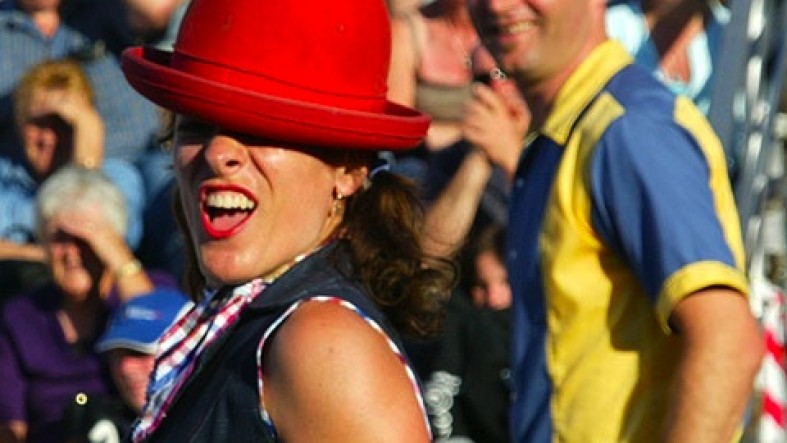 A fantastic Adelaide based Circus Duo. Quirky, utterly stupid but nevertheless brilliantly clever, a sassy cigar box Queen joins forces with a comic juggling genius to make their latest hit duo show. Two fantastic international comedy circus entertainers in the one show! The show has a dynamic pace, mixed up with quirky improvised chitchat and... (more) 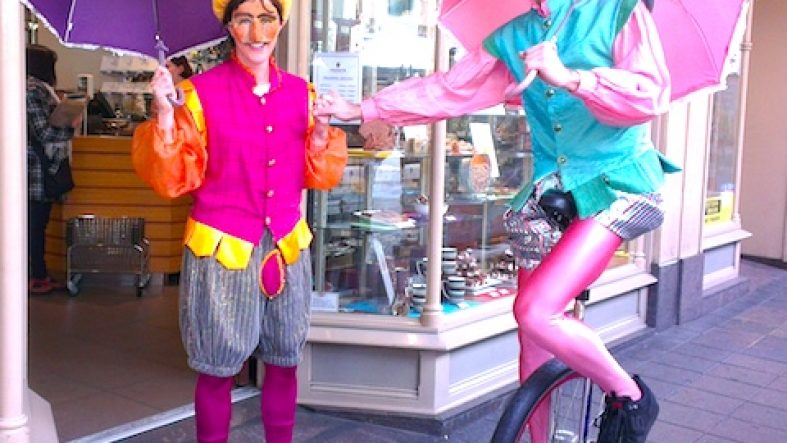 The Goblins are a quirky an lively Adelaide roving performance, designed and created specifically for Slack Taxi. Inspired by Commedia Delle Arte, the Goblins feature masks, unicycling and other circus skills, depending on which performers. Frenetic and ridiculous, these bizarre characters add colour and comedy to any festival, event, shopping mall or family day as they manage... (more)