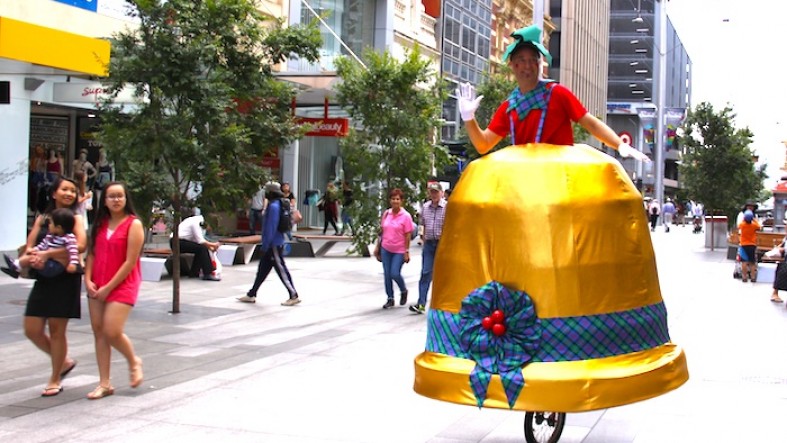 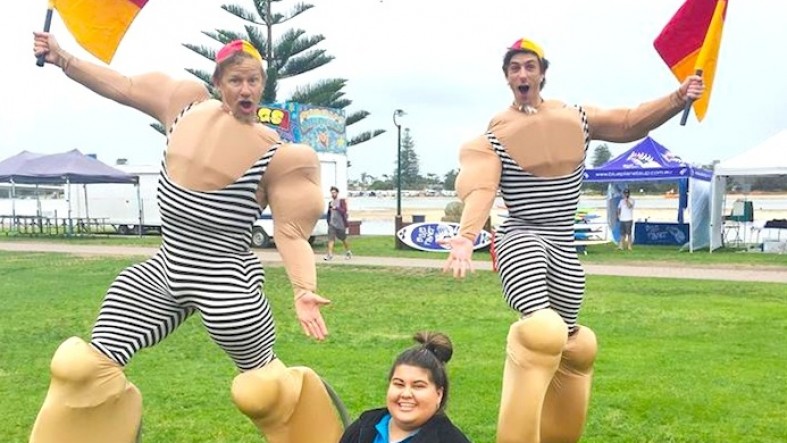 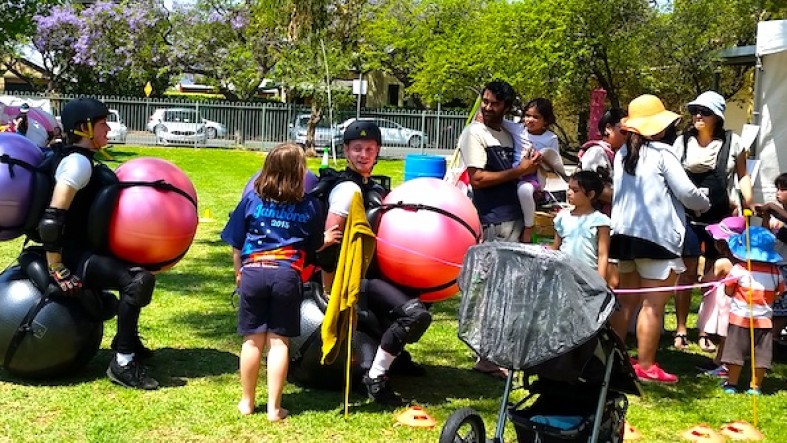 Our Acrobatic Bouncers provided some unique circus roving at the Unley Libraries family Festival in Adelaide over the weekend. Bouncing, rolling, headstands and fun comedy interaction are all a part of this very different performance. 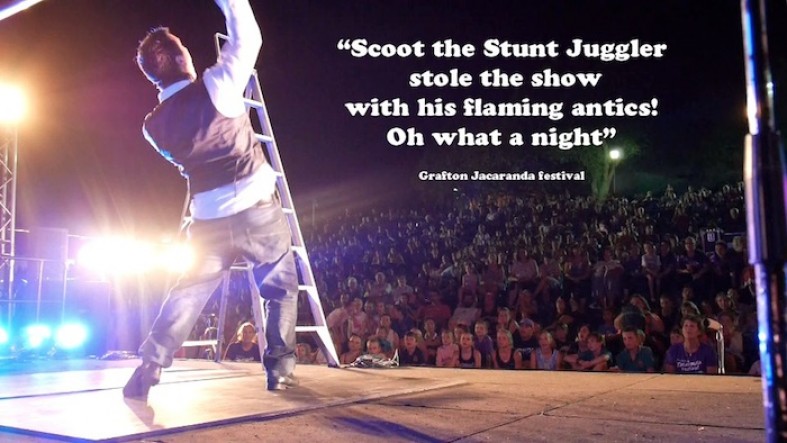 Scoot the Stunt Juggler wows festival crowds in Grafton at the Jacaranda Festival. Performing to a massive audience by the river, Scoot juggled chainsaw, knives, fire and had a finale on flaming unicycle! Fantastic solo circus show. The Festival published on their Facebook Page: “Slack Taxi’s SCOOT the Stunt Juggler stole the show with his... (more) 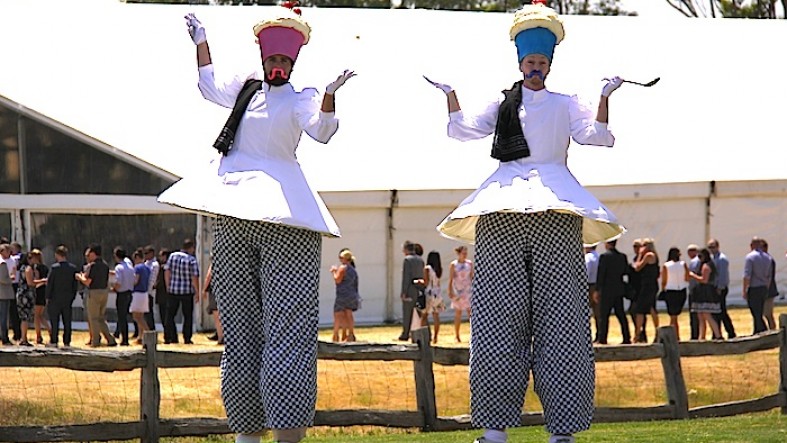 Our over the top and interactive Stilt Chefs will be at a corporate function in a McLaren Vale Winery in SA today. Too many cooks are the flavour of the day! 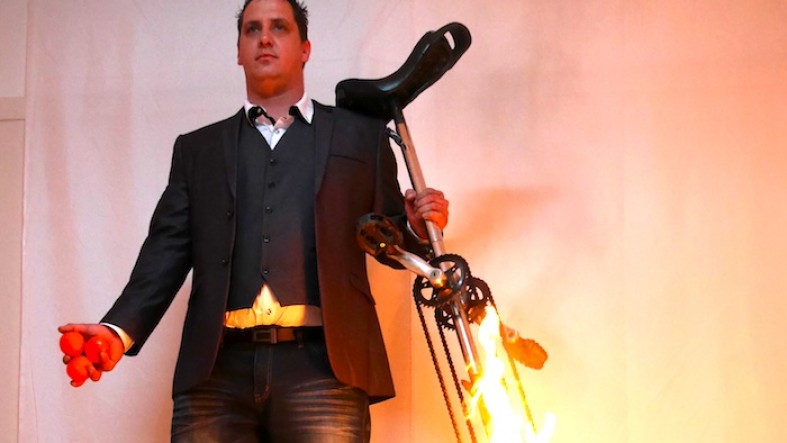 Always a crowd pleaser, Scoot the Stunt Juggler is performing his solo circus show at 6pm tonight at the Shoalhaven River Festival, NSW. Great family entertainment and in demand as a festival juggler, NSW, QLD and nationally. 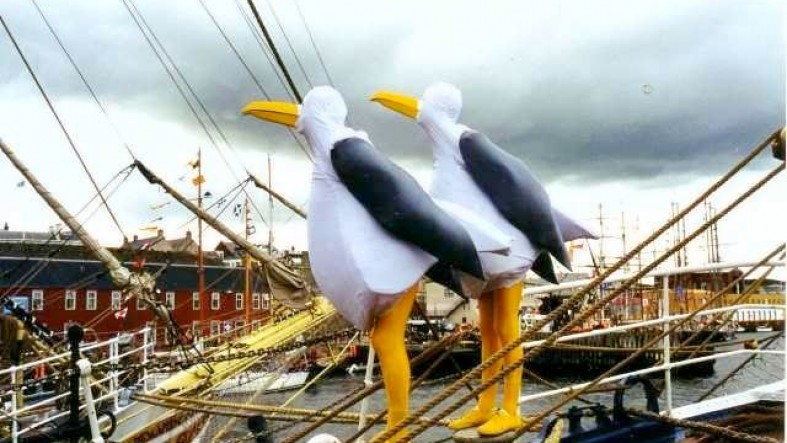 The comical Giant Seagulls and Stilt Lifesavers have kept the lines of crowds more than happy today as some of the Sydney Opera House Open Day roving entertainment. 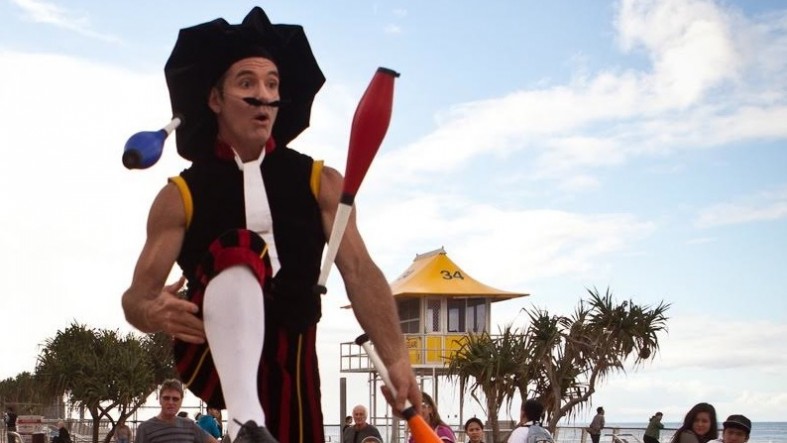 Look no further for a corporate juggler in Brisbane! Nick is a fantastic juggler who is showcasing and teaching juggling skills to guests in a corporate marquee today at the PA Foundation Support the Duck Festival. 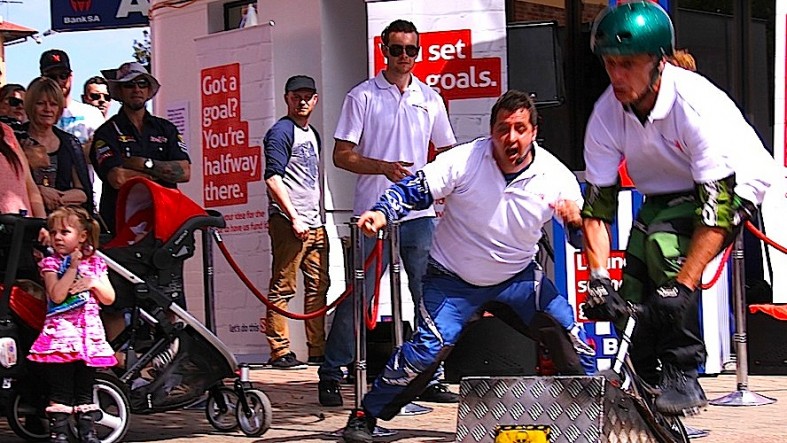 MC Scoot from the Minibike Stunt Team brought his solo juggling, fire & unicycle show today to wow the crowds at Brookvale Show in Sydney. Adding a bit of Acrobatic Bouncer roving to top it off – the boys are going to sleep well tonight! 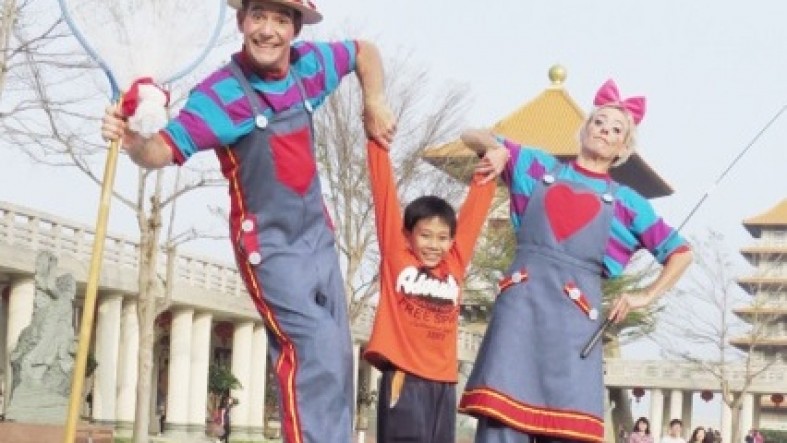 Quirky & fun Brisbane stilt walkers, the Butterfly Catchers, are at the start and finish of the Walk for Awareness in Brisbane today. A great cause for Mental Health Awareness! 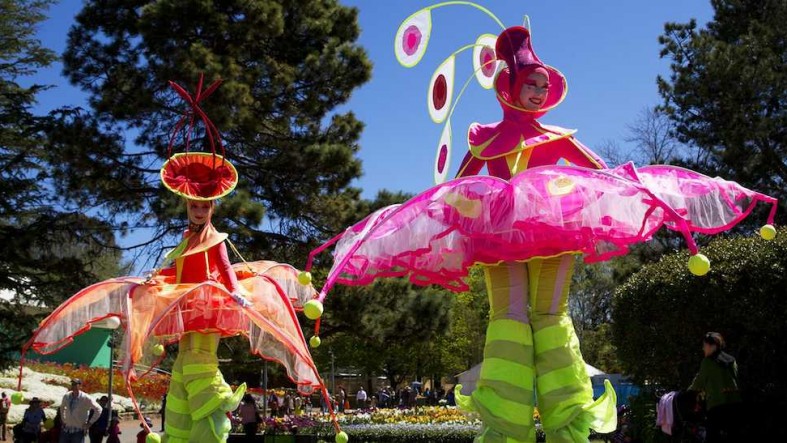 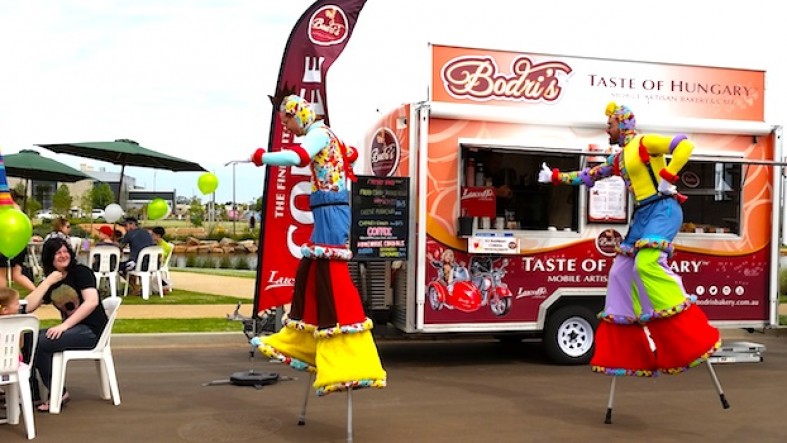 Who else to bring smiles to children’s faces than the Funky Stilt Clowns who are roving at Blake’s Crossing north of Adelaide today. The  grown ups like them too!