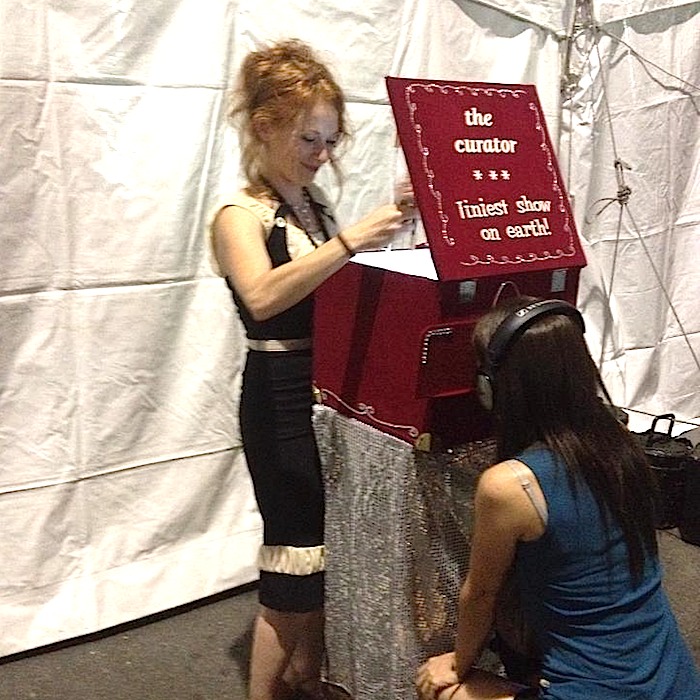 The Curator is an expertly deliverd, tiny roving puppet show from Melbourne, created for all kinds of events wanting something fun and different. It is a static “roving” one-minute performance for one audience person at a time – each person takes a minute to see the enchanting & comical tiny puppet show.

“Peering through that peep-hole oddly gave everything within the box a heightened sense of reality. What also heightened both the reality and the comedy of the event was Lana’s fine puppeteering. Her meticulous manipulations gave the puppet a realistic gait and emotionally expressive gestures. A real marvel given how fiddly this must be moving head, arms, and legs on a figure no larger than your hand. Minute Exhibit was a tour de force.” – Katherine Phelps, Lolitanium.

Cute, funny, and surprising, the show was first created for an adult audience, however has found a most appreciative younger following and is suitable for ages 5 and up.

The puppeteer can also offer puppetry workshops for family events.

“This is great” – Simon Palomares, Comic.

“You just made my day” – Chris, Visual Art Critic, The Australian Newspaper. 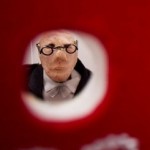 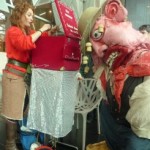