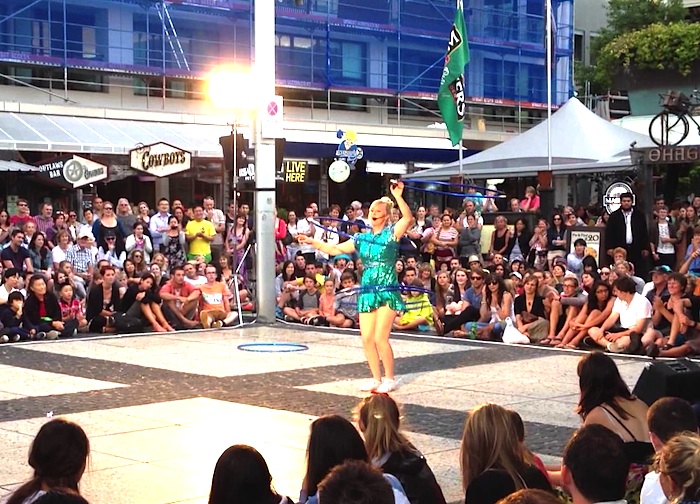 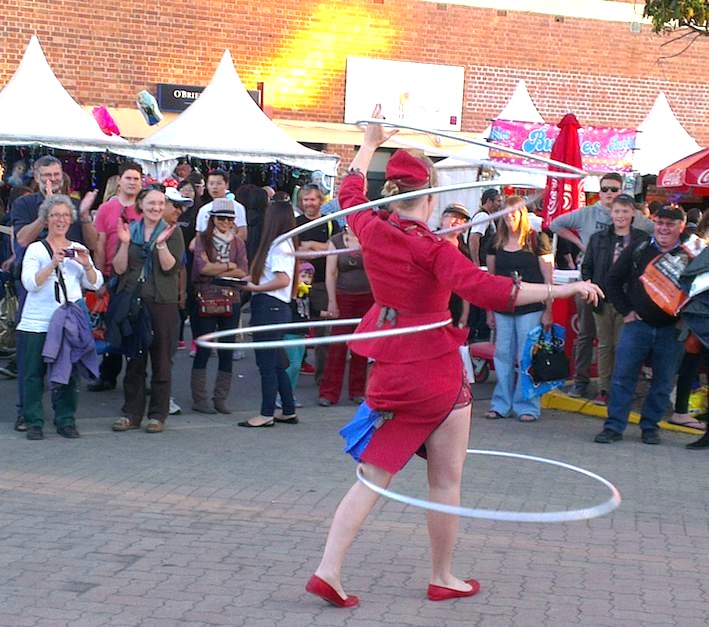 One of Australia’s leading circus performers Ellie is the hula hoop queen and has performed at over 100 Festivals in over 15 countries around the world and is based in Adelaide.

Performing hilarious interactive circus routines with hula hoops & comedy, here is is one of the most sought after performers in the country for corporate & festival events. Floorshows or street shows, filmed or live performances, she can offer amazing performances from 1 minute to 30minutes duration.

Ellie has created solo and duo shows, performed as M.C. and acrobat with ‘Circus Oz’ for 2 years and has been employed by the Adelaide Fringe festival as an M.C and host.

Her solo show has toured in both Europe and Australia. 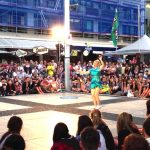 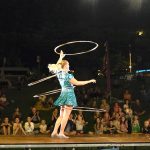 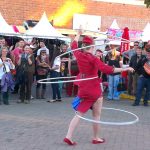 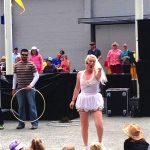 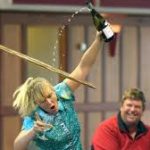 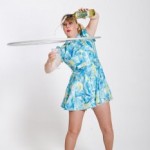 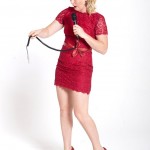 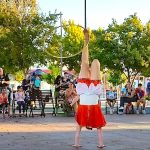 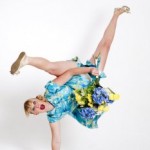 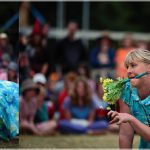