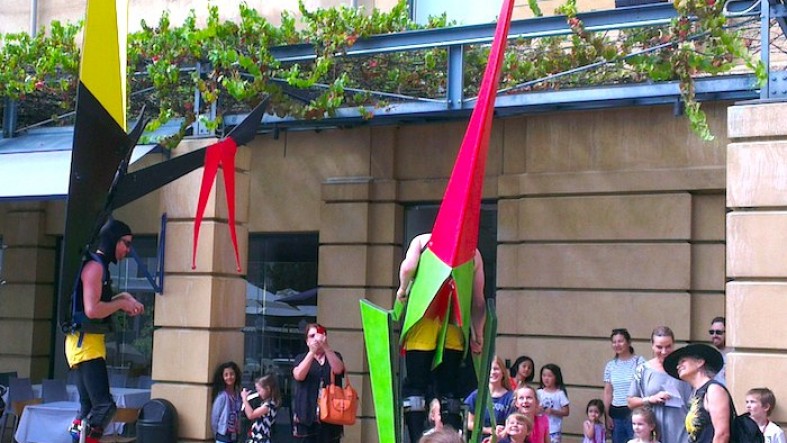 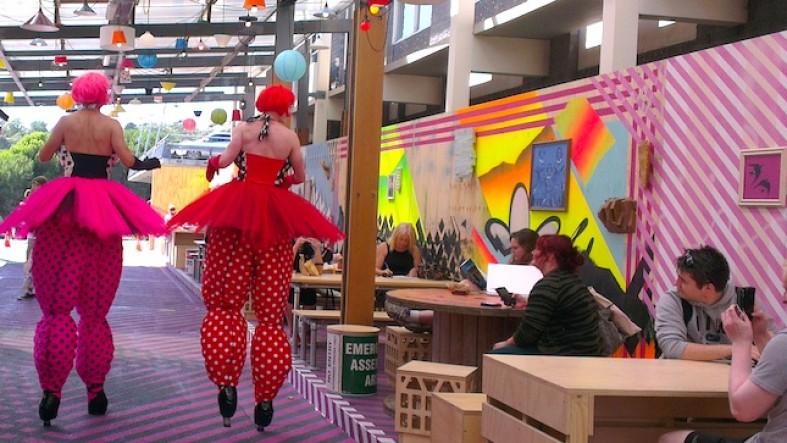 Roving Stilt Walkers, Acrobats, Circus & Fire Shows were all part of the fabulous entertainment we provided for Flinders’ University Orientation Week 2015.  Engaging and fun for students our circus performers were a welcome highlight! 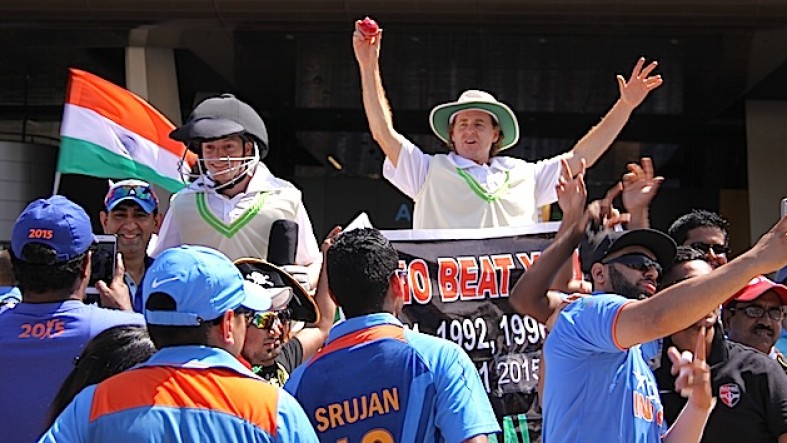 Cricket themed roving circus performers, our Stilt Cricketers and Acrobatic Cricketers were part of the pre-match entertainment for the most viewed cricket match ever: India vs Pakistan 2015 ICC World Cup match at Adelaide Oval in Australia. Fantastic crowds having an amazing time! 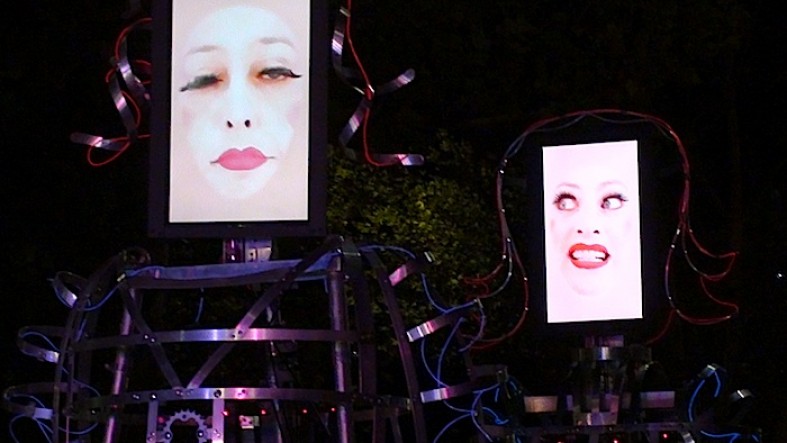 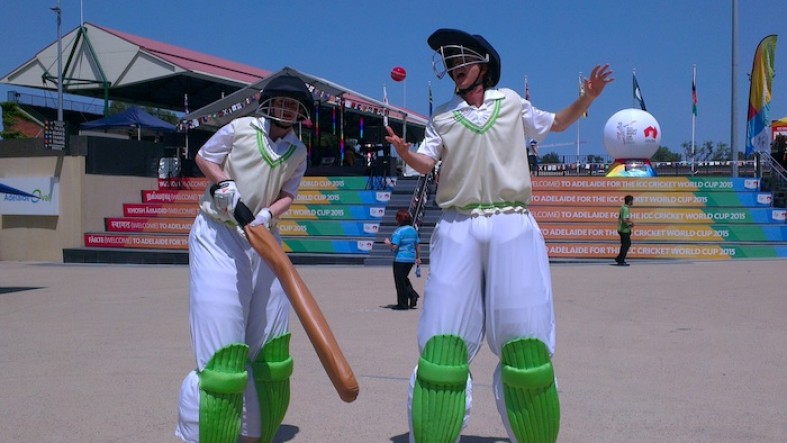 Our fantastic roving Stilt Cricketers at Adelaide Oval are set to wow the ICC World Cup Cricket crowds  moving through the Fan Zone on Feb 8, 15, March 9 & 20, 2015.  Other performers include roving circus acrobats that are great for corporate and sporting events. 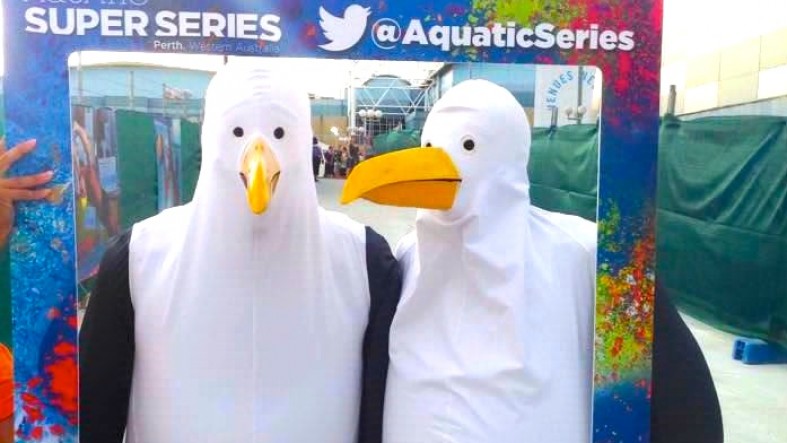 Very funny beach themed roving performers, the Stilt Lifesavers from Sydney and Giant Seagulls from Melbourne have entertained the crowds at the BHP Aquatic major event in Perth for the third year in a row. 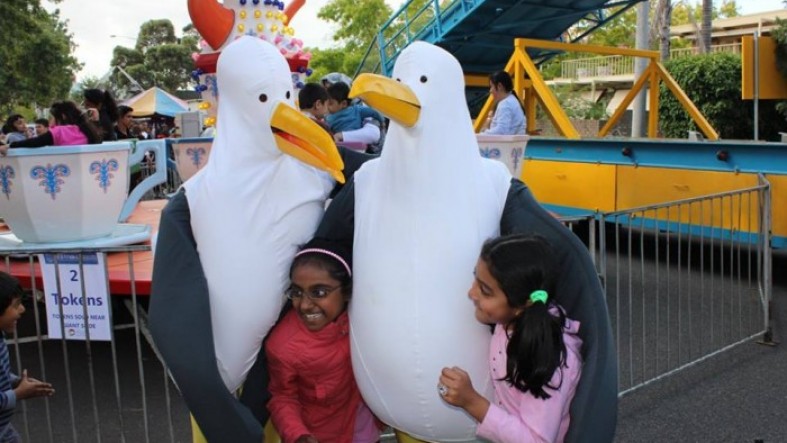 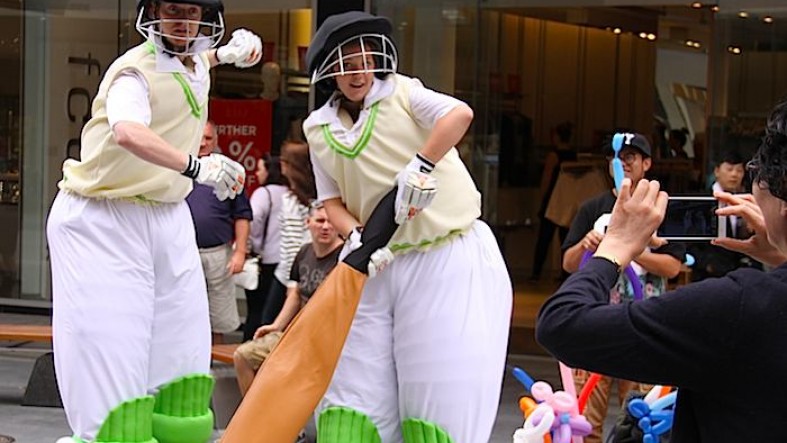 What’s bigger and better than a spot of cricket on Australia day? Our Cricket Stilt performers delight shoppers in Adelaide’s Rundle Mall with some “back yard” cricket fun.  Adelaide circus stilt walkers with oodles of Australian character for sporting events and festivals! 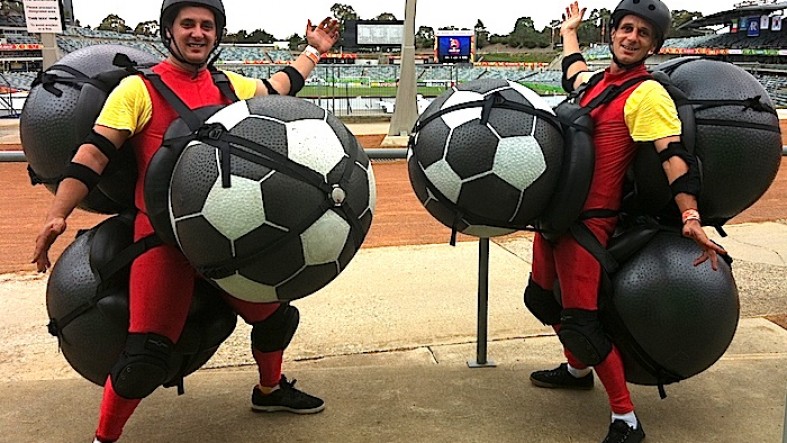 Our popular Acrobatic Bouncers are providing roving soccer entertainment for the Asian Cup! Here they are performing just before the  game in Canberra on Jan 13th, 2015. These performers are based in Sydney and are unique Australian circus performers. 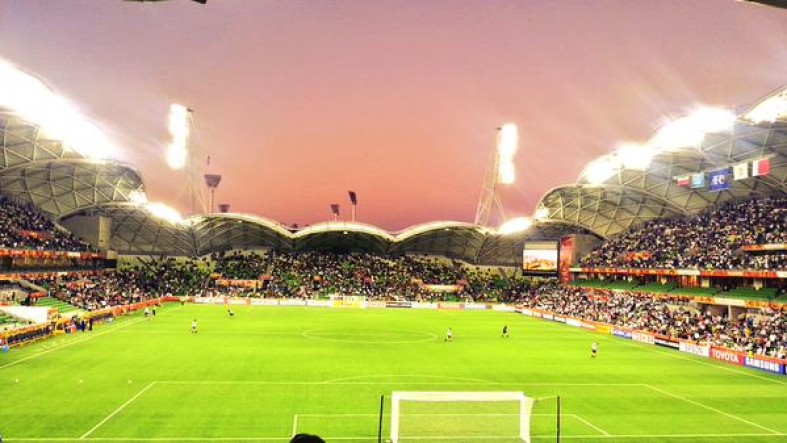 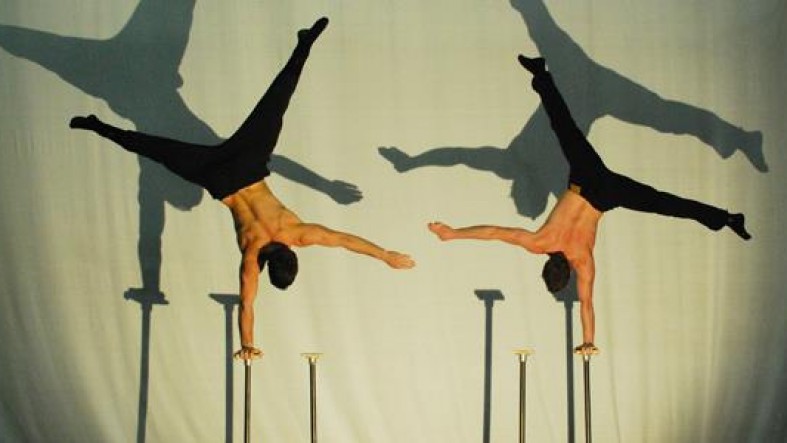 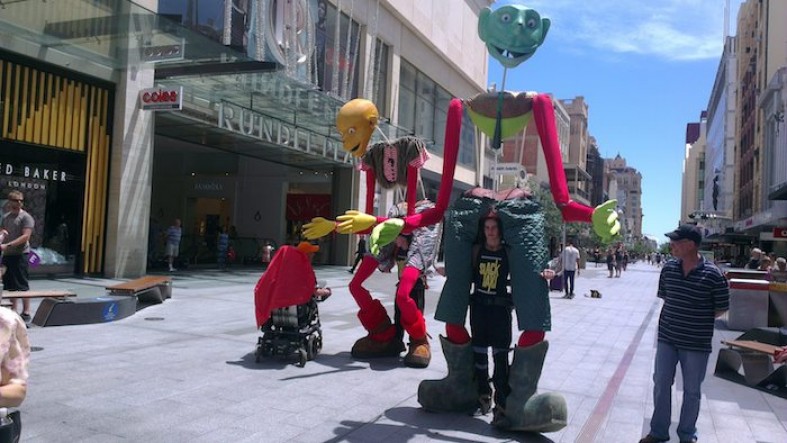